How Investors Are Automating Crypto Yields

What you’re going to learn in this article is:

BTW, if you’re looking to get started investing in Bitcoin and would rather avoid the technical explanation of how it all works, skip ahead to this article.

“Crypto” is a form of digital currency that can be exchanged for goods or services — and it has a built-in security system that records each and every transaction. Why is that so beneficial? Well, it eliminates the need for a middleman to facilitate the transaction.

With a bank or credit card company, all your transactions are recorded in a ledger — that’s the middleman. Unfortunately though, the bank’s ledger can be hacked because it’s only existence is in that single database maintained by the bank or credit card company. This is true of most accounts that record transactions using traditional technology — cellphone companies, gym memberships, you get the idea.

This is accomplished with a technology known as blockchain, which decentralizes all that transaction recording — spreading the burden of verification across multiple computers.

Blockchain makes transaction recording extremely secure because several independent computers have verified the data. Since all the transactions are embedded and verified by multiple sources, it’s impossible to counterfeit crypto — something that’s relatively easy to do with paper currency.

With all the security benefits blockchain offers, several companies have started their own currencies — you can think of these currencies like a token at an arcade — you pay cash to buy the crypto, and you can use that crypto with the creator company to buy products or services they offer.

But there’s more — the most popular currency is Bitcoin and it’s accepted by a growing number of online companies — meaning you can pay for products and services offered by a plethora of online and offline companies that accept Bitcoin.

Currently, there is around $563 BILLION in Bitcoin being circulated.

Why The Growing Trend Towards Crypto?

I’ve already mentioned the inherently superior security of blockchain — and that’s reason enough to get excited about it, but there’s more. A lot more.

Can You Make Money Investing In Crypto?

There are a few ways to profit from crypto — each with its own unique set of hurdles — don’t worry, I’ve also included the simplest of solutions here.

Profiting from masternoding on your own can be difficult because of the added resources and extremely hefty crypto deposit that’s required. Due to the demand brought on by the growing popularity of crypto, some companies have focused on blockchain processing — some, even allowing investors to get on board.

One such startup is YieldNodes. They pool investor resources and rent entire racks of servers, processing more and more of the blockchain — and getting paid very well for their efforts. The last 6-month average payout was 12% per month. That’s better than most mutual funds.

No crypto article would be complete without discussing mining.

Remember that I said blockchain technology removes the need for a centralized bank? That’s because crypto goes through a verification process that is spread out over multiple computers.

Those computers participate in blockchain mining — meaning they verify and legitimize each transaction.

The incentive to participate in mining Bitcoin is that you are paid — in Bitcoin!

Getting Paid To Mine

Here’s where things get a little iffy when it comes to getting paid to mine crypto. There are two things that have to occur — the first is easy, your mining computer has to verify 1MB worth of crypto transactions.

Since mining is spread out amongst multiple computers, the one getting paid is simply the first one to report the correct answer to a question. That’s known as proof of work.

What a mining computer is actually doing is calculating a 64-digit hexadecimal number, called a “hash”. That hash needs to be less than or equal to a target hash. It’s essentially a guess. In order to mine successfully, you need to have a high “hash rate” — measured in terms of megahashes per second (MH/s), gigahashes per second (GH/s), and terahashes per second (TH/s).

Now, don’t worry, YOU aren’t doing any calculating or guessing! The mining computers are doing all the work — the point is that several factors come into play that give your computer the ability to complete hash calculations rapidly (and get paid more often).

What Mining Hardware Is Needed?

Before I tell you exactly what type of hardware you’ll need to start mining Bitcoin, I want to mention that you don’t always get paid — the only consistent way to earn with crypto currently, is masternoding.

When Bitcoin was first introduced, there weren’t a lot of computers volunteering to mine. As such, less competition. Fast forward to today and it’s easy to see how a million mining computers would come to the correct hash, much more quickly than just ten mining computers.

That means there’s more competition today (remember, you only get paid if you’re the first to report the correct hash).

Plus, while mining was initially done by very basic home computers, you’ll need something more akin to a high-end gamer PC nowadays.

In order to process more hashes in less time, high-end GPUs (graphics processing unit) are used. The PC in Fig. 1 is essentially a motherboard, frame, power-supply — and 6 GPUs.

Those GPUs cost hundreds of dollars a piece — they essentially contain mini-motherboards with sophisticated microprocessors designed to calculate complex 3D physics (for gaming).

A popular favorite amongst miners is the Geforce GTX 1050 Ti shown below:

In order to explain the process of deciding who gets paid, let’s simplify things a bit.

Let’s say I tell 5 friends that I have a particular number in mind, between 1 and 100. I put that number on a notepad and put it in my pocket. Now, none of my friends have to get the exact answer — all they have to do is be the first person to be less than or equal to my number — and they’ll get paid.

For this illustration, we’ll say my number is 34. If John (one of my friends) guesses 45, his guess is thrown out because it’s greater than my number (34). If Matt guesses 16, and he’s the first to report that guess, he’ll win because 16 is less than 34.

To top it off, there are no limits to how many times a guess can be made — so really, it’s a race.

While this very basic analogy relays the concept, the reality is that millions of computers are involved — and the magic number to be guessed, is a 64-bit hexadecimal number!

Trust me, you do not need to understand what a hexadecimal number is, to trade or even use Bitcoin. This information is provided for those of you that are geeks like me and want to know some of the particulars.

You’re already familiar with the decimal-based numeric system. It’s a base-10 system — thus we have 0 1 2 3 4 5 6 7 8 9 as possible numbers, with different combinations used to describe a particular value.

A HEXAdecimal numeric system has a base-16 system, adding the first 6 letters of the alphabet — a b c d e f. Among other things, hexadecimal codes are often used to describe a particular hue or shade of color. Pure white is described as #ffffff while pure black is #000000. The aqua/turquoise color in our OPM Webinar logo is described in hex as #01a89e.

In order for a mining computer to be paid to mine Bitcoin, it has to guess the target 64-bit hexadecimal number — before any of the other millions of mining computers do.

So the question you need to ask now is, “How do I get my computer to guess the target hash before anyone else?” The answer for those who are tech-savvy, is to drop $3-4k on each high-end mining computer.

Digital currency (crypto) is becoming more and more common place and this is the perfect time to get involved. Every 4 years Bitcoin goes through a cycle and payouts for mining are halved. The most consistent profits come from masternoding and since YieldNodes offers a low entry point for investors, virtually anyone can get involved in crypto. 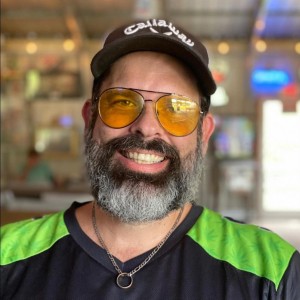 Ken Walker is the Digital Editor of OPM Secrets. Having started in commercial construction right out of high school, he has since worked in every aspect of new construction from foundation work to framing, drywall, roofing, plumbing and electrical — as well as interior finish work, cabinet & countertop installation, windows, doors and siding.

Today’s podcast episode is about Private Money Lenders and how...

Look, politics aside, we’ve learned a lot about economics and...

These days, what with all the threat of social or...

OPMWebinar.com is a participant in the Amazon Services LLC Associates Program, an affiliate advertising program designed to provide a means for sites to earn advertising fees by advertising and sharing links to Amazon.com. As part of this Amazon Associates program, OPMWebinar.com will post customized links, to track the referrals to Amazon. This program utilizes cookies to track visits for the purposes of assigning commission on these sales. As an Amazon Associate I earn from qualifying purchases. Amazon and the Amazon logo are trademarks of Amazon.com, Inc. or its affiliates.

OPMWebinar.com also includes other affiliate links. If you click through any of these links, at no additional cost to you, I will earn a small commission if you make a purchase.

Save time & money on your investment projects by attending this FREE investor’s webinar series including case studies, lender tricks and how to manage multiple investors.